This past week, Chancellor of the Exchequer Rishi Sunak released the government’s 2021 budget. Included in the package was an announcement of a £1 billion Towns Fund and notification of the 45 communities in England to receive support for infrastructure improvements. This is part of the Government’s Levelling Up promise made in the 2019 Conservative Party manifesto, which would shift money to the left behind, post-industrial communities of Britain that have suffered job and population losses over the past four decades. 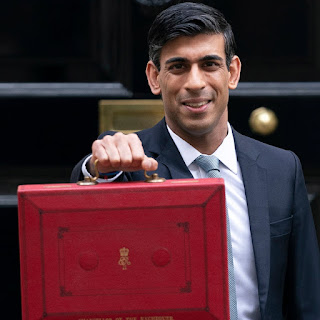 Soon after the announcement, the Chancellor came under withering assault from the Labour Party, which accused the government of allocating money generously to areas represented by Tory MPs at the expense of communities more deserving of assistance. Labour MP Steve Reed charged “the government of using taxpayers’ money to ‘shore up’ Tory votes with ‘cosmetic’ projects in hand-picked constituencies” in The Guardian. Labour Leader Keir Starmer said it "looks fishy". The Guardian’s own analysis showed that 39 out of 45 areas receiving funds have Tory MPs.

Did Boris Johnson’s government dole out cash to communities for political purposes rather than sending aid to communities with the most need? It has long been suggested that distributive politics—derisively called pork barrel spending—is largely absent from the British political system. The Guardian and Labour’s claims, however, suggests otherwise.

The problem with these allegations is that alternative hypotheses are not examined. What if, for example, the communities in the most need just happen to be represented by Tory MPs? To unpack what’s going on requires a multivariate analysis controlling for both political and social need variables in the dispensation of aid from the Towns Fund.

To test the claim that politics—rather than community need—drove the decisions to give certain communities Levelling Up funds, I collected data on all 533 English constituencies. First, I simply noted which constituencies were represented by Tory MPs (indicated by a 1, 0 otherwise). Next, I downloaded information pertaining to community need. The English government produces several measures on the deprivation of communities, including data on health, education, and employment. Parliamentary constituencies are then ranked from the most deprived (“1”) to the least deprived (“533”) based upon an aggregation of these several measures of deprivation. Finally, I pulled together information on the marginality of each constituency in the 2019 general election, which is simply the percentage point difference between the first and second place finisher. Smaller values indicate more electorally competitive constituencies.

The dependent variable for the analysis is whether the constituency received funds from the Towns Fund in the budget announced last week—1 if yes, 0 otherwise. I then ran a logistic regression with the aforementioned independent variables: Tory MP, Deprivation Rank, and Marginality. The results appear below.

Labour’s claims have merit: constituencies with Tory MPs are significantly more likely to have received funds from the Towns fund as compared to constituencies represented by the opposition parties. And, the more marginal the constituency, the greater the chance of getting money from the fund as denoted by the negative sign on the marginality variable and its significance (p <.049).

However, there is also evidence that deprivation matters—so the decision to dispense cash is not only about propping up Conservative party electoral fortunes. The deprivation variable is negative and significant, meaning that better off communities are less likely to receive Levelling Up funds. Money is flowing to communities in need, but poorer communities have an even better shot if they elected a Tory MP in 2019 and did so in a tight election. For those of you interested in how well this simple model operated, 92 percent of cases were correctly predicted.

Now that we know that politics and need matter, how much do they affect the process and which factors are most important? Looking at the marginal effects of the variables, it would seem that marginality and having a Tory MP dwarf deprivation in the decision to give communities infrastructure assistance. Having a Tory MP alone increases a constituency’s chance of getting money from the Towns Fund by twelve percentage points while shifting from a completely uncompetitive seat to one that was essentially even electorally accounts for an increase of 14 percentage points in the chances of getting money from the Fund. Similarly, moving from the least deprived constituency to the most deprived constituency increases a constituency’s chances by 21 percentage points. In other words, having a Tory MP has the single largest effect on whether a community received a Towns Fund grant.

To illustrate how these factors work in tandem on the probability of a constituency receiving financial assistance from the Towns Fund, I’ve created a few scenarios.

Let’s assume, first, a constituency where the winning party won by only 5 percentage points that is ranked 100th in deprivation. This constituency is represented by a Labour MP. The probability that constituency receives a grant is only 7 percent, which I calculated using Stata’s margins command based upon the logit results reported above.

If we simply drop a Conservative MP into that constituency, the probability of getting a grant increases to 33 percent (with the point estimates outside the confidence intervals).

If we take the same scenario above but make the constituency more deprived—moving from 100th in deprivation to 50th—there is scant change in the probabilities: 10 percent if a Labour MP represents the constituency, and 40 percent if a Conservative MP does (again, the confidence intervals do not overlap).

Taking all of this together and the patterns are clear: The Department of Treasury seems to have made its grant allocation decisions based primarily on political factors and not on the clear social needs of communities. Tory MPs in marginal constituencies were far more likely to benefit from the Towns Fund scheme than Labour MPs representing areas with higher levels of deprivation.